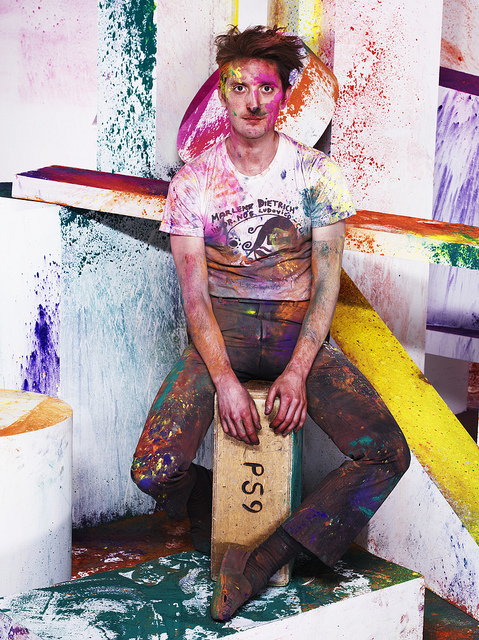 Provided Andrew Ondrejcak with a new work development residency on Governors Island through LMCC and has served the artist in an advisory capacity.

Born and raised in Mississippi, Andrew Ondrejcak studied architecture and painting at Savannah College of Art and Design then playwriting at Brooklyn College.  While making experimental theater in New York, Andrew was asked to conceptualize a fashion show; he quickly became one of New York’s most sought-after production designers in the fashion industry, known for visually arresting environmental installations.  He works with Vogue, Bazaar, Italian Vogue, Wallpaper*, W, V, among others.  Andrew’s performances have been presented at Guggenheim Museum’s Works in Process curated by Robert Wilson, HERE Arts Center, Incubator Arts Project, Prelude Festival, and the Under The Radar Festival at The Public Theater (2014).  Outside of New York, his original performances have been produced at SCAD Museum of Art (Savannah), deSingel (Antwerp), and Kampnagel (Hamburg).  He reperformed the work of Marina Abramovic at MoMA (2010) and performed in Ann Hamilton’s The Event of a Thread at the Park Avenue Armory (2012). Since 2002, Andrew has been a lecturer at the Museum of Modern Art, where he focuses on painting and sculpture, specializing in programs for visitors with disabilities.  Andrew teaches workshops on performance and design at Domaine de Boisbuchet in Lessac, France.