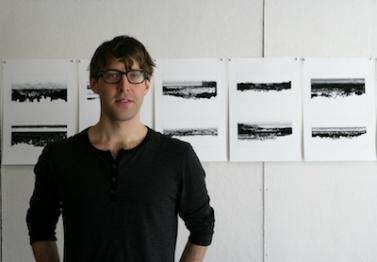 Programmed and produced Blake Carrington into the 2012 River To River Festival in concert with Daniel Iglesia and Taylor Deupree at St Paul’s Chapel. Curated Blake into “The Future At The End of the World” immersive performance installation at the Farley Post Office.

Blake Carrington works within the spheres of the visual, sound, and performing arts. In 2013 he had a solo exhibition at the Philadelphia Photo Arts Center and performed at Musée d’Art et d’Histoire du Judaïsme in Paris. Previously he completed a commission for Radio del Museo Reina Sofia in Madrid and performed in the River to River Festival in New York. He has been artist-in-residence at LMCC’s Swing Space on Governors Island, Rustines Lab in Montreal and Haeinsa Temple in South Korea, among others. In 2011 he received a NYSCA grant in support of his debut CD release concert at the Basilica of St. Patrick’s Old Cathedral in New York. In Syracuse NY he founded the public art platform Urban Video Project and in 2010 co-curated a series for UVP featuring Trevor Paglen, Jill Magid, Thomson & Craighead, Miranda Lichtenstein and Jaume Ferrete. Also in 2013 year he co-founded the collaborative silkscreen print label Personal Desire Propaganda and has staged exhibitions for the platform in Berlin and New York. Blake was born in Indiana and currently lives and works in Brooklyn.