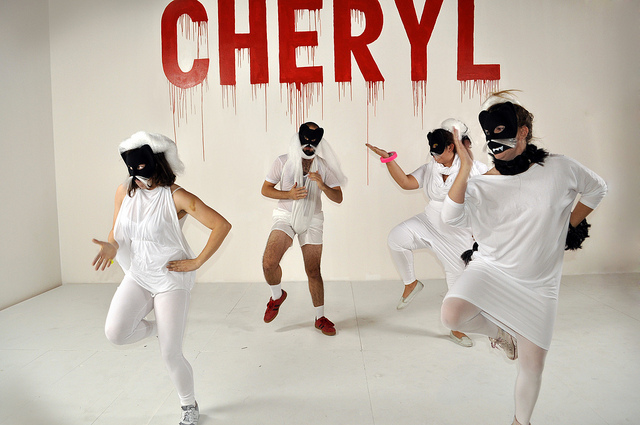 Programmed and produced CHERYL into the 2012 River To River Festival for “CHERYL: On The Waterfront”, a performance installation dance party on the pier.

CHERYL is a four-member artist collective and band of hand models based in Brooklyn, New York, specializing in creativity.