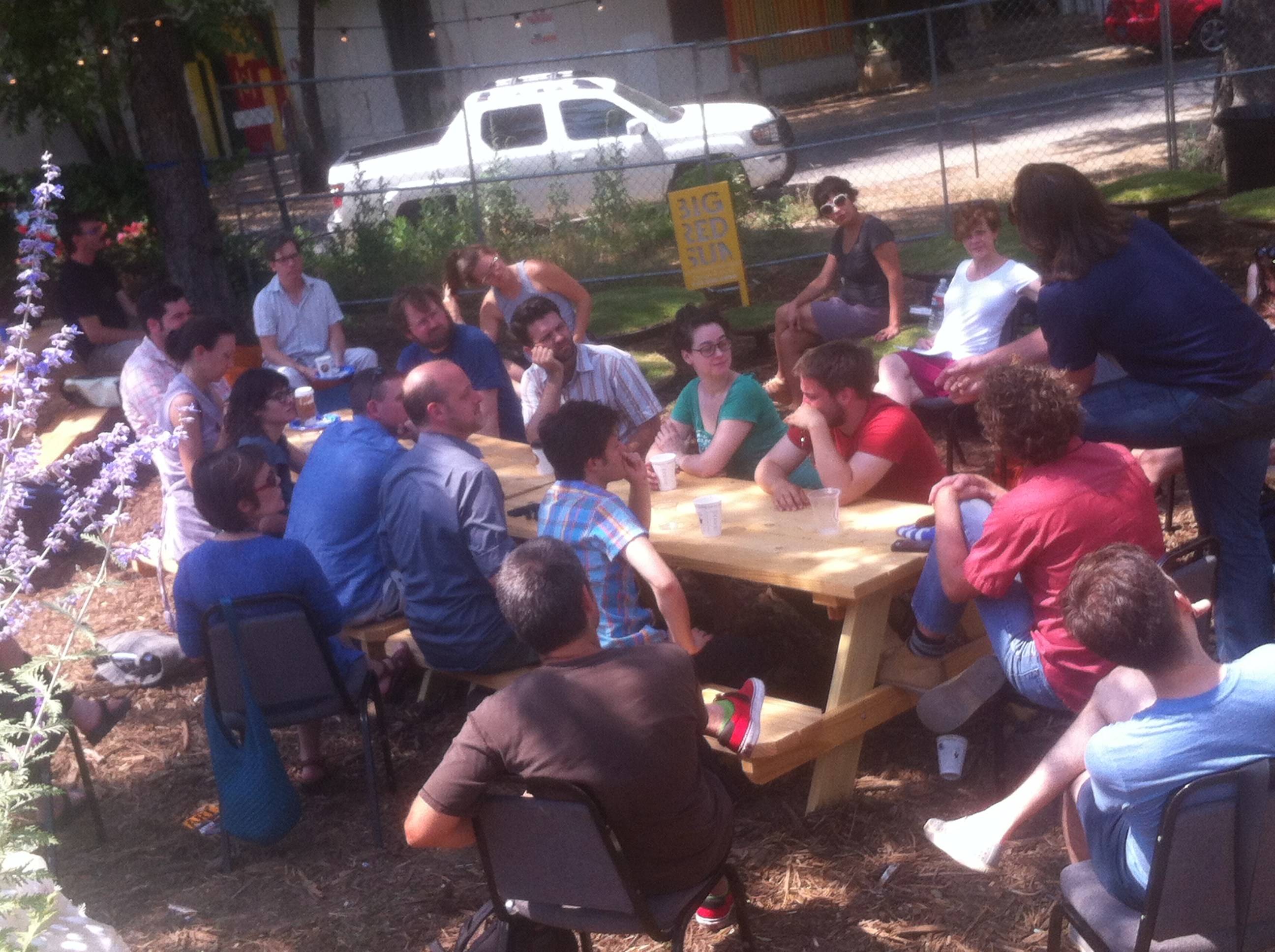 Programmed and produced three discourse-based community engagement programs at the 2012 Fusebox Festival including:

The “Hair of the Dog Performance Potlatch” where we used the “Long Table” format as the basis for a conversation around art and place.Participants included Caroline Reck of Glass Half Full Theatre, Graham Schmidt of Breaking String, Brian Osborne, and 600 Highwaymen.