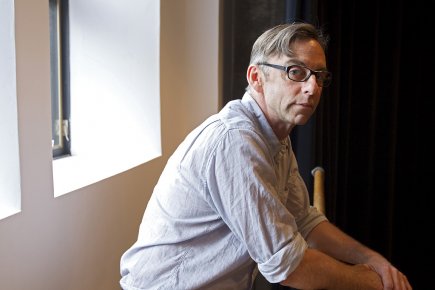 A prolific and internationally respected artist, Sylvain Émard created his own dance company Sylvain Émard Danse in 1987, quickly establishing a reputation for a very original style. Highly theatrical at first, his work soon evolved into a more formal approach to dance. From his first solo piece Ozone, Ozone (1989) to his most recent work  Ce n’est pas la fin du monde (2013), he has been exploring the territory of human nature through the force and strength of the body. His repertoire now includes over thirty original pieces that have had a resounding impact all over the world.