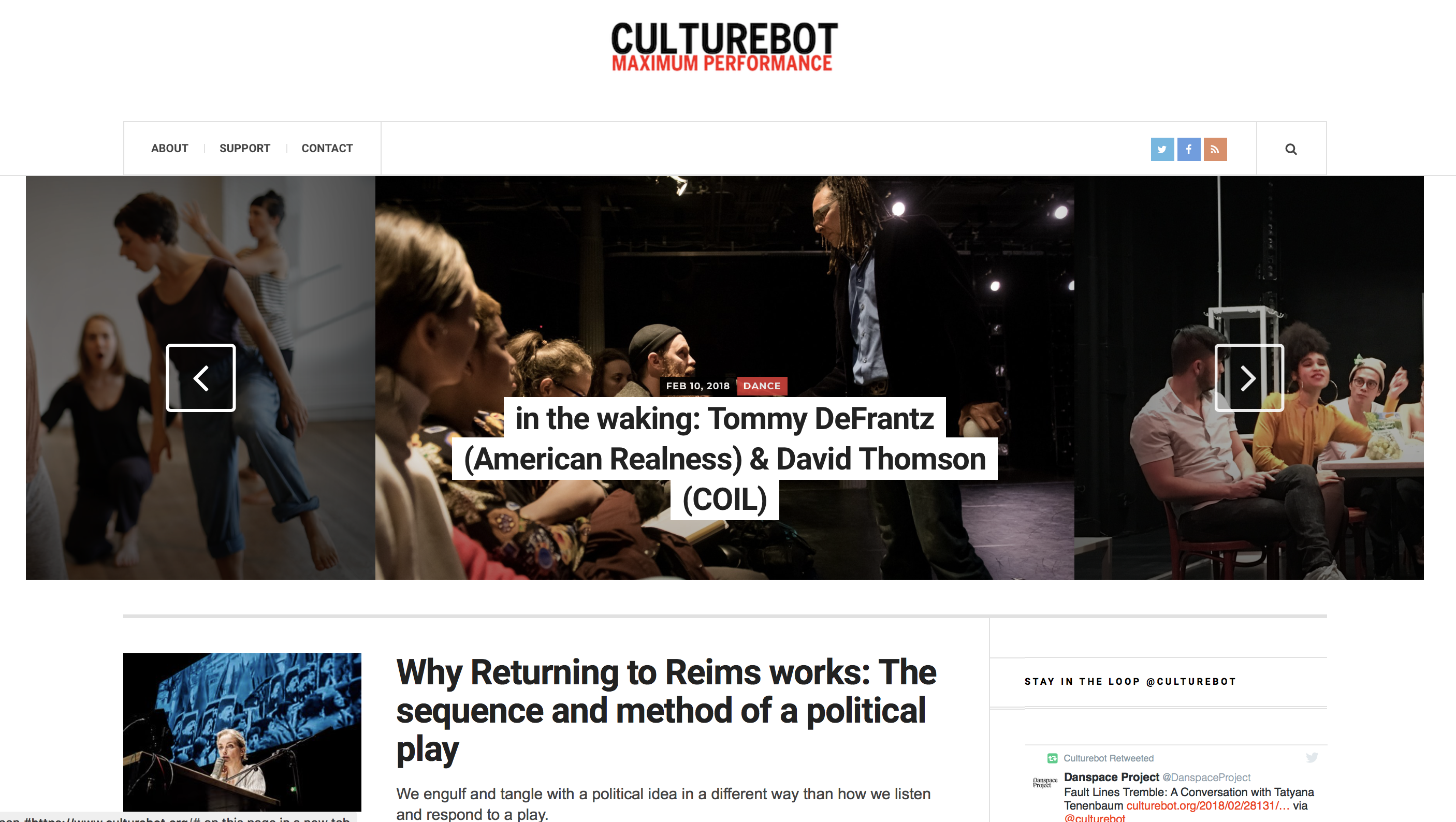 Founded Culturebot.org in 2003 as the in-house blog at Performance Space 122 (NYC) as a platform for discourse and engagement in the downtown NYC performance community. Independent since 2007, it has since become one of the foremost critical voices in contemporary performance. Other Culturebot activities include designing and implementing public programs including “Scanning The Landscape” at Under The Radar 2012-2016 (NYC), “Citizen Critic Project” at Fusebox Festival (Austin, TX), “Everyone’s A Critic” at On The Boards (Seattle).

Two anthologies of my writing:

Maximum Peformance (Beta) is a collection of essays published on Culturebot.org between 2011-2013 and is a convenient introduction to Andy’s work, writing and ideas.

The Innovation Agenda is a series of six essays taking a critical look at innovation culture, its assumptions, influences and impact. Published between October 16-21, 2013 the essays interrogate the oft-unquestioned frameworks and values underpinning “innovation” and “disruption” and problematize the application of market-driven economic theories to not-for-profit endeavors in the “human economy”.