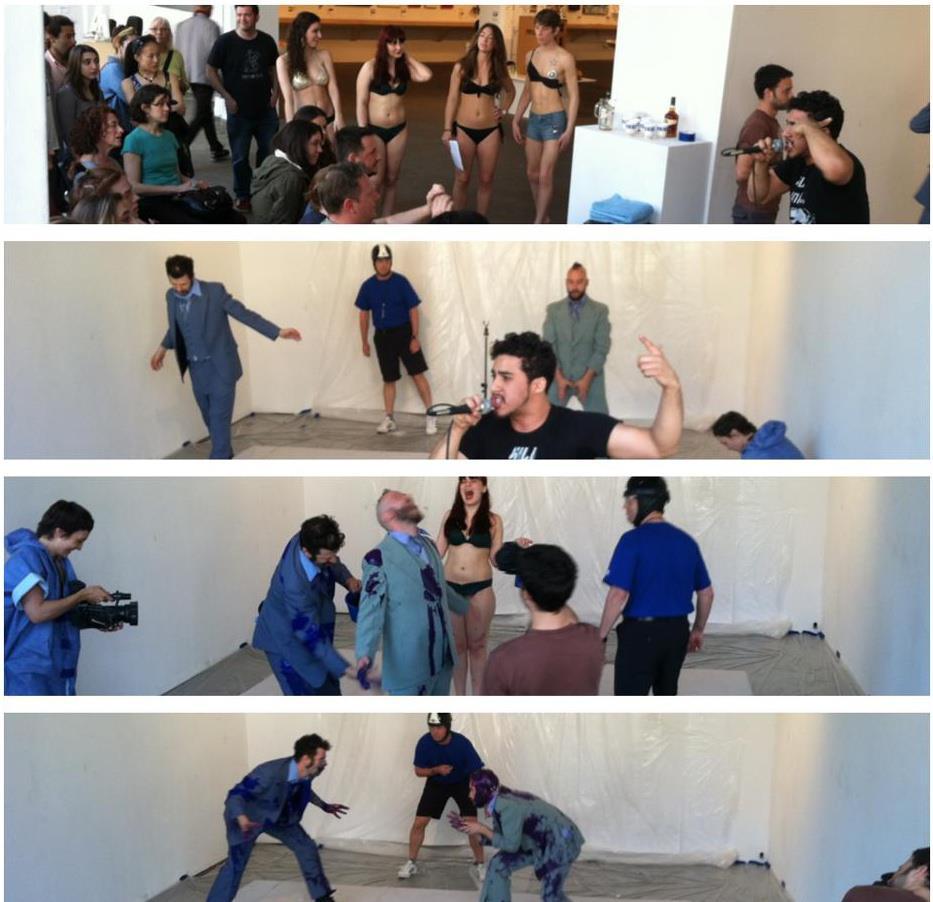 Organized, programmed and produced the durational performance installation Ephemeral Evidence that was curated as part of Exit Art’s Collective / Performative final group exhibit in Spring 2012. It consisted of a series of collaborative explorations between writers and performing artists to investigate the relationship between practice and skill in performance-making, object-making and context. The writer/artist pairs were Aretha Aoki with Maura Donohue, Rebecca Davis with Aaron Mattocks, Arturo Vidich with Jeremy M. Barker and Sarah Rosner & the AO Movement Collective with Alyssa Alpine.

Ephemeral Evidence consists of a series of collaborative explorations between writers and performing artists to investigate the relationship between practice and skill in performance-making, object-making and context. We proposed an experiment in which objects were created directly from the result of the performing artist’s practice – their skilled application of learned techniques. Does the object, existing as residue of the ephemeral event, gain meaning as document or value object in itself? Both? How does the critical dialogue around the performance process and object inform our perception and valuation of the art?

The installations were durational from 9AM-5PM culminating performances each day.

The closing day of the exhibit featured an all-day display of the created objects, a special performance by Dan Safer and Mike Mikos of Witness Relocation and concluded with a “process dinner” performance installation titled “Come Over To Our Place” hosted by Andy Horwitz and Chloë Bass.