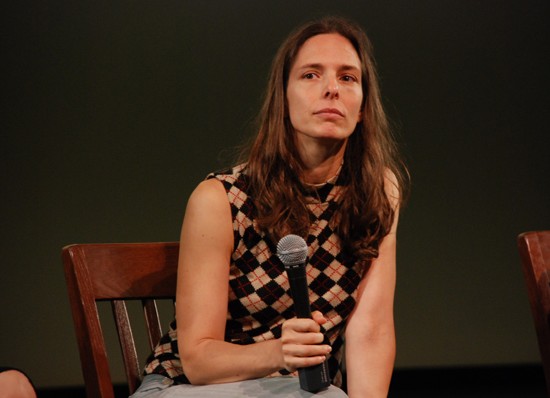 Andrew Horwitz has worked with Deganit Shemy since 2005, curating her into Performance Space 122 (2008), into Beyond Gaga: Contemporary Israeli Dance and the Reinvention of the Jewish Body (2009) and The River to River Festival (2010) with a new site-specific work 2 Kilos of Sea that was later presented in a stage version at the Baryshnikov Arts Center.

Since then he has worked as a creative and strategic advisor to Ms. Shemy, including her most recent work in the States, 2012’s Hungry Kite at The Chocolate Factory Theater.

Ms. Shemy has been an Artist-in-Residence at Dance New Amsterdam, Tribeca Performing Arts Center, DUO Multicultural Arts Center, Movement Research, Dance Theatre Workshop and Baryshnikov Arts Center; has received space grants from the 92nd Street Y Harkness Dance Center in 2005 and 2008 and was selected as a 2008-09 Sugar Salon Artist. She has also been awarded a 2008 New York Foundation for the Arts Fellowship and a 2010 BUILD Grant.

Shemy won a Gvanim Bemachol Contest (2003), the A.W.A.R.D. Show (2008), was honored with the Choreographer Award from the American-Israeli Cultural Foundation (2003) and named Young Choreographer of the Year by the Israeli Ministry of Education (2004).

Shemy  has served as a 2010 Barbara Bray Ketchum Artist-in-Residence at Sarah Lawrence College and as a guest teacher at the Roger Williams University of Rhode Island. Most recently she was a guest artist at the Peter B. Lewis Center for the Arts at Princeton University.