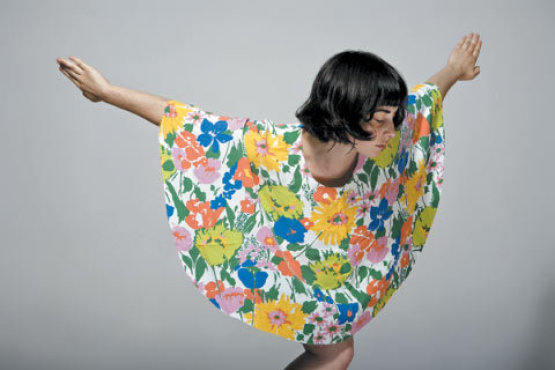 Programmed and produced Beth Gill’s Electric Midwife into the 2012 River To River Festival.

Beth Gill is a choreographer making contemporary dance and performance in New York City. She has accumulated a body of work that critically examines issues relating to the fields of contemporary dance and performance studies, through a focused exploration of aesthetics and perception. Ranging from short-term improvised structures to long-term choreographed performances, her work has been commissioned by The Chocolate Factory Theater, The Kitchen, Dance Theater Workshop and New York Live Arts as well as performed internationally.

Gill is a 2012 Foundation for Contemporary Art Fellowship recipient and a New York City Center Choreography Fellow for 2012-2013. In 2011 she was awarded two New York Dance and Performance “Bessie” Awards for Outstanding Emerging Choreographer and the Juried Award for the choreographer exhibiting some of the most interesting and exciting ideas happening in dance in New York City today. Dance Magazine named her one of the top 25 artists to watch and TimeOut New York called her most recent work Electric Midwife one of the best dances of the year.