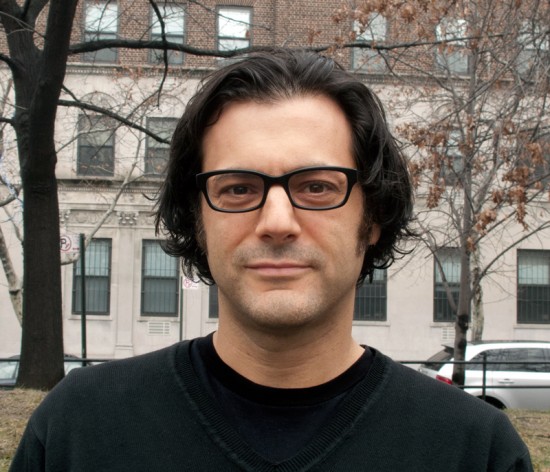 Provided a developmental residency through LMCC on Governors Island to Joe Diebes with collaborators David Levine and Christian Hawkey for their work “WOW: A Milli Vanilli Opera and interviewed them about the project for EphemeralObjects.org.

Joe Diebes creates works that converge around the categories of music, visual art and performance. From 1996-2003, he was a core member as well as the musical force behind the hybrid arts group GAle GAtes et al. described by The New York Times as “an adventurous troupe with one foot in the world of postmodern art and the other in downtown performance.” Since then he has continued to create performance work that fuses sound, visual media, and the human voice into a unique form of contemporary opera. His opera environment, STRANGE BIRDS, received its U.K. premiere in 2005 at Tramway (Glasgow) and his sound-theatre collaboration with Phil Soltanoff, I/ O, was presented at Fusebox (Austin 2007) and Theatre Garonne (Toulouse 2008). His sound-driven performance work BOTCH was recently presented at HERE. Diebes has exhibited internationally his sound installations, video, and works on paper for art galleries, museums, and public spaces including Paul Rodgers/ 9W (New York), The 2006 Olympics (Torino, Italy), Yuanfen Gallery (Beijing), and the Liverpool Biennial.